ABC news in Hotels and beyond

Αρχική άρθρα ABC news in Hotels and beyond
Skip to content

For guests checking into a high-profile California hotel, they might be staying in rooms that have been sanitized in part by an unusual new staff member: a three-foot-tall robot named Kennedy.

Kennedy is among the Beverly Hilton Hotel’s newest lines of defense against coronavirus. It’s a machine designed to kill the virus by flashing intense, germ-killing ultraviolet light through the room, after the room has undergone the usual cleaning by Kennedy’s human coworkers.

“We really shifted our focus to researching and investing in state-of-the-art hospital-grade technologies to further protect our team members and guests more than we already were,” David Alagem, one of the hotel’s executives, told ABC News. In addition to the rooms themselves, guests’ luggage and packages will also be sanitized using the UV light robots, Alagem said.

Ultraviolet, or UV, light has long been used as a disinfectant in health care settings, but as businesses cautiously reopen their doors in the wake of the coronavirus pandemic, the technique is beginning to spread far more widely, from the hospitality industry to public transportation, even potentially to entertainment.

“UV light disinfection has been around about 100 years,” said James Malley, professor of civil and environmental engineer at the University of New Hampshire. “Done well, it can be a great tool in the toolbox, because it’s an extremely rapid physical disinfectant that is chemical free and it literally works at the speed of light.”

Since the start of the pandemic, scientists have worked to determine how long the virus can live on various surfaces — and found it’s from a few hours to a few days depending on the surface. The Centers for Disease Control and Prevention said the virus that causes COVID-19 spreads easily from person to person and that close contact is the driver for the current pandemic. It may also be possible that a person can get COVID-19 by touching a surface or object that has the virus on it and then touching their own mouth, nose or eyes.

That may be why some industries are turning to new methods to sanitize their spaces in hopes of keeping people safer.

Kennedy is one of three robots the Beverly Hills Hilton is using from the San Antonio-based company Xenex Disinfection Services. The firm said it has been deploying UV light robots in over 500 hospitals around the world for nearly a decade, working with large health care institutions like the Mayo Clinic and MD Anderson.

Recently, the Texas BioMedical Research Institute tested the Xenex’s “Light Strike” robot against SARS-COV2, the virus that causes COVID-19. It found that after two minutes of exposure to the UV light at one-meter distance, about three feet, the virus was eliminated by 99.999%.

“The robot creates a high-energy pulse of UV light that gets into the DNA and the RNA, the genetic material of viruses and bacteria, and basically makes it so they can’t replicate anymore,” said Dr. Mark Stibich, Xenex’s founder and Chief Science Officer. “By pulsing the light, we’re able to create very, very high intensity. So in a microsecond we’re hitting [those] viruses and bacteria with all sorts of high-energy photons and that really messes up their genetic materials.”

The robots “phone home” to Xenex where they can be monitored for any malfunctions, and they have a safety feature that shuts off if it detects movement in the room. Xenex requires purchasers of their product to undergo training sessions to learn how to safely operate the robot.

That’s because the kind of UV light used to kill germs, known as UV-C, can be extremely harmful to humans if they are directly exposed to it at high intensities or for extended periods of time.

“We worry about UV light exposures doing damage to the eyes and to the skin,” said Malley.

Damage to the eyes can include cataracts, problems with cornea and temporary, or in some cases, loss of vision. Prolonged exposure to UV light can also impact the skin, making it harder for it to heal, and can cause skin cancer, he said.

Malley said it was imperative the technology be used in secure spaces where no humans could potentially be exposed, and it should only be used by trained operators wearing proper Occupational Safety and Health Administration-approved personal protective equipment.

UV light is not believed to have any lingering effects on the surfaces after the “cleaning” is over, Malley said. When it’s gone, it’s gone, and does not leave residual particles in air, water, or on solid surfaces, he said.

Now, done right and safely, more businesses are exploring ways to use the technology.

In addition to the Beverly Hilton, the InterContinental Hotels Group, which includes hotel brands Holiday Inn and Candlewood Suites, told ABC News they are now using UV light sanitizing technology in some of their hotels, including at the Crowne Plaza Hotel in White Plains, New York.

Monika Henry, the general manager at the Plaza, said the hotel uses four UV light lamps from the company Fight with Lights as part of their cleaning process. Henry pointed out the importance of this extra step because their hotel has been “home” to many medical first responders who work at nearby hospitals.

Stibich, who was an epidemiologist before founding Xenex, said that major airlines are in discussion with them about using a robot that would fit in a beverage cart. And movie studios who are looking to sanitize their sets have also shown interest.

“Movie studios pose a unique challenge. For example, the costumes are very difficult to disinfect. You can’t use chemicals. You can’t use sprays or anything. But we know our robot won’t fade the materials and it will be effective in reducing the amount of potential contamination on costumes and props,” Stibich told ABC News.

“UV is a proven technology that has worked effectively in hospital emergency rooms, hospital operating rooms, urgent care centers, universities and first-responder locations,” Patrick Foye, chairman and CEO of the MTA, said at a news conference last month where the technology was demonstrated. “I don’t want to mislead anybody into thinking this is a cure-all. There is still much work to be done, but this is a significant and promising new development.” 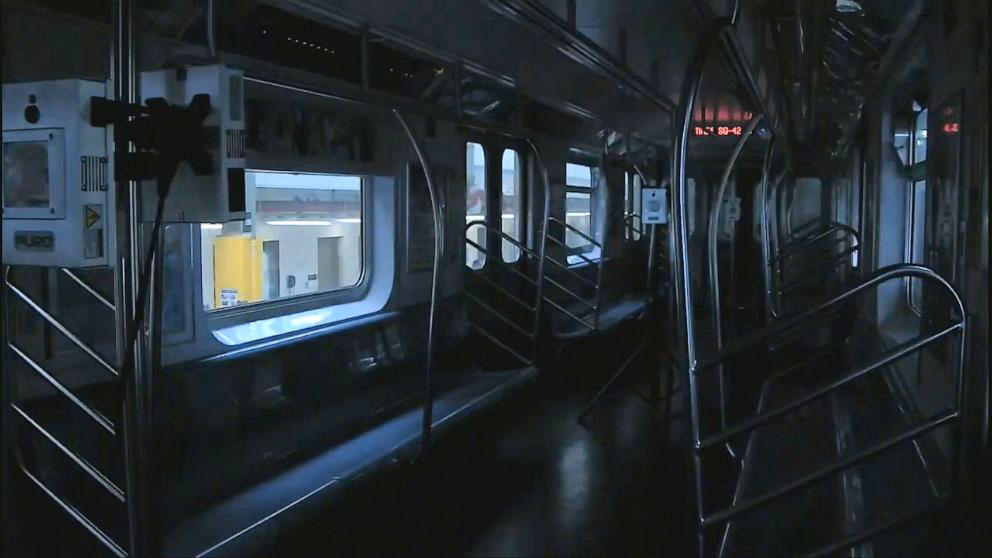 Amazon recently announced its robotics team developed a UV light robot that they tested in a Whole Foods Market.

“We’re excited about the possibilities and will continue to innovate,” said Amazon spokeswoman Alyssa Bronikowski, though she added none of the UV light mobile units are currently deployed in any Amazon or Whole Foods Market location.

PBA Group, a robotics group based in Asia, has developed and deployed its “Sunburst UV Robot” in malls across Singapore. The company told ABC News they have orders from countries across Southeast Asia and estimate a rollout of over 500 robots in the future. 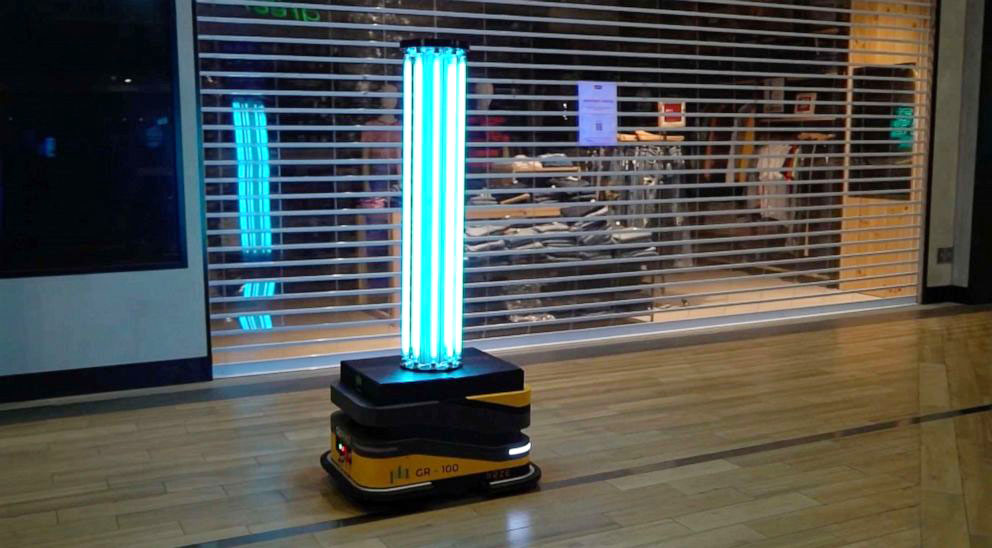 But experts said UV sanitation does have its limitations and should only be part of a cleaning regimen, especially for consumers.

“UV light only travels in straight lines,” said Charles Gerba, Professor of Epidemiology and Environmental Sciences at the University of Arizona, whose team of researchers have tested the efficacy of multiple disinfectants, including UV light. “You have to be directly pointing to the surface you want to disinfect, and it’s really tricky for a consumer to use.”

He also said that proximity to the light source is a very important factor, because the amount of energy can vary based on the distance you are from the UV light source.

Dr. Kinna Thakarar, an infectious disease specialist at Maine Medical Center, also stressed that it would take more than UV light to defeat the spread of the coronavirus.

“UV light should not be used alone as a disinfectant,” Thakarar said. “To protect yourself and others from COVID-19, it is important to follow CDC guidelines around prevention: hand-washing, wearing a mask, physically distancing yourself and cleaning surfaces.”