The Metropolitan Transportation Authority launched its pilot to use powerful ultraviolet lamps to disinfect New York City’s subways and buses.

The agency says it will deploy 150 mobile devices to clean subways, buses, and subway stations as part of the first phase of the pilot. The second phase will focus on MetroNorth and Long Island Rail Road commuter trains. The MTA says it will spend $1 million on the project, according to NY1.

The effort is part of a partnership between the MTA and Columbia University, which theorizes that UV light can be used to kill diseases on the transit system. The MTA is using the devices during its nightly cleaning procedures, for which it took the unprecedented step of shutting down the entire subway system for four hours every evening. 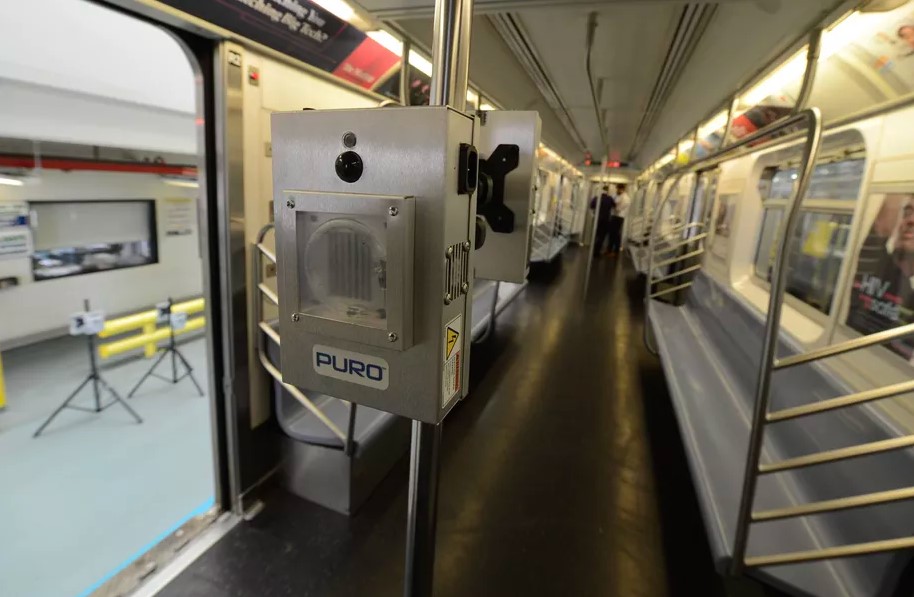 “The UV light that will be used in the current overnight subway and bus disinfection program is very efficient in killing the virus that is responsible for COVID-19,” said David Brenner, director of Columbia University’s Center for Radiological Research, in a statement. “What we are doing here is reducing the level of the virus in subways, and therefore decreasing the risk of anybody catching COVID-19 on the subway.”

The dual-headed lamps were purchased from a Denver-based startup Puro Lighting, which says its UV lights “have efficacy against Class 2 and 3 viruses, including coronaviruses, SARS, Influenza and Ebola.”

The lamps emit rays called “UVC,” a relatively obscure part of the spectrum that consists of a shorter, more energetic wavelength of light that can be harmful to humans if exposed directly. The MTA says it will be following strict protocols “to ensure the safety of the employees and customers.”

UVC is particularly good at killing organic material — whether in humans or viral particles — and some experts believe it can be effective in destroying the novel coronavirus.

UVC lamps and robots are commonly used to sanitize water, objects such as laboratory equipment, and spaces such as buses and airplanes. If the MTA results are good, transit officials said they will expand the pilot to include more trains and buses. 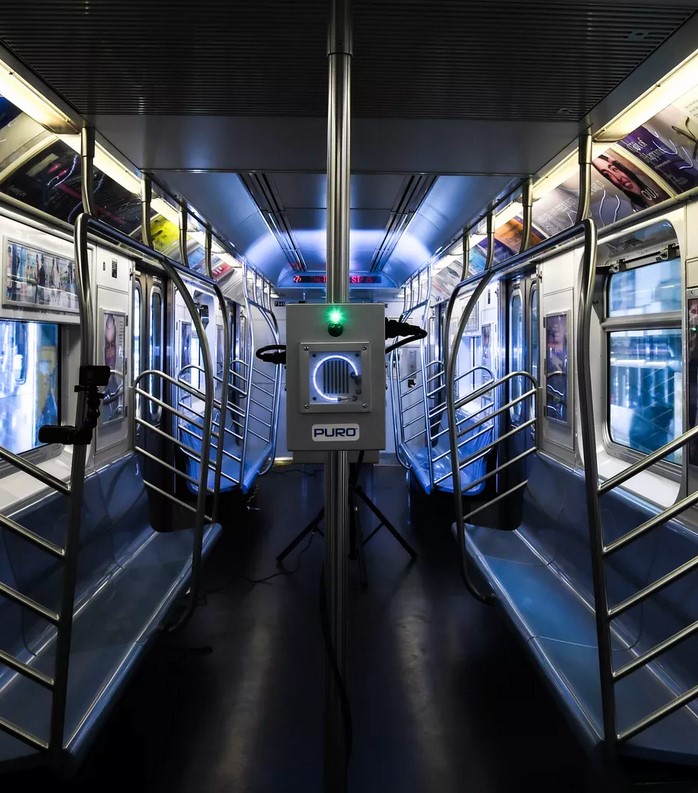 Earlier this month, New York Gov. Andrew Cuomo and New York City Mayor Bill de Blasio announced they would be shutting down subway service from 1AM to 5AM every evening starting on May 6th for extensive disinfecting.

The MTA has reported a 90 percent drop in ridership since the start of the pandemic — although those numbers are slowly improving as New Yorkers are starting to feel more confident riding public transit. Many essential workers still count on the MTA to get to and from work every day. So far, over 120 MTA employees have died from the virus.